Mystery deals - a pleasant surprise beats a sure thing.

posted in the TAWNY Blog on Oct 30, 2020 2:14:44 PM #Applying emotion analytics
How Mystery Deals influence consumers’ affective reactions before and after the purchase.

Would you buy a product without knowing what it is until after the purchase? Would you book a flight to an unknown destination? For some of us, this outcome would be too uncertain, while others might be excited and curious to learn more about the offer. In fact, many firms in the retail and service industry offer such “Mystery Deals”, where they consciously withhold important information about the product to stimulate consumers’ curiosity and purchase motivation. Back in 2018, some companies in the US (e.g., Too Faced or Jeffree Star Cosmetics in the Beauty sector) were offering so-called “Surprise Bags”. Consumers purchased a package of assorted articles, which remained unknown until they unboxed them. This trend also reached Germany, where even fast-food chains such as Burger King jumped on the bandwagon by offering “Mystery Boxes” containing an unknown burger for a fixed price (1). As more and more social influencers started posting unboxing videos in popular platforms such as YouTube and Instagram, the popularity of Mystery Deals continued to rise (2), triggering the rapid growth of new subscription business models where subscribers periodically receive a box containing a variety of mysterious products from a specific category. 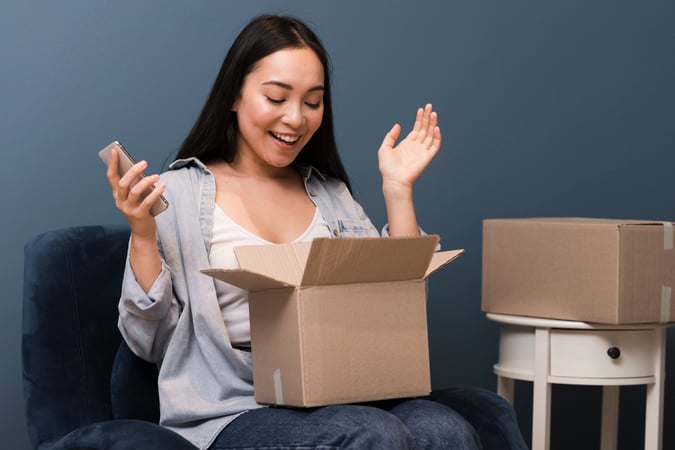 So, what makes Mystery Deals so popular? Why are people willing to pay for a product they don’t actually know? And what happens if people finally unbox the Mystery Deal? These questions are addressed by a current study at the Chair of Marketing and Innovation of the University of Passau in Germany. Researchers Florian Brodschelm, Sebastian Schubach and Jan Schumann are currently investigating how Mystery Deals impact consumer behavior. They particularly focus on two aspects. First, they want to understand which affective reactions are triggered by Mystery Deals when consumers first encounter the deal (pre-purchase phase) and, especially, what happens after the mystery is revealed (post-purchase phase). Second, they investigate how these affective reactions drive purchase motivation and brand loyalty. For this, they are using the TAWNY Emotion Analytics platform to analyze people’s facial expressions when they receive and unbox a mystery deal.

Florian, Sebastian and Jan analyzed video data of a laboratory experiment in the PAULA-lab of the University of Passau with TAWNY. Participants (in total 265) were shown either a traditional deal featuring a chocolate bar with a certain flavor at a discount, or a mystery deal where participants only knew which specific flavor they would receive (out of four pre-selected flavors) after taking the deal. Reactions to the deal and to its resolution were video-recorded and complemented with survey data.

With the help of the TAWNY platform, the researchers from Passau can provide as first evidence that in the pre-purchase phase, participants receiving the mystery deal are on average happier than those who were shown the traditional deal. In their view, this finding also helps to explain why participants are subsequently more likely to take the deal compared to participants that saw the traditional deal. But what happened after they took the deal and unboxed the mystery? Participants who received their preferred chocolate flavor were happier and more surprised than those who did not receive their preferred flavor in the post-purchase phase. Moreover, they were also happier than participants who got the discounted chocolate advertised in the traditional deal. However, the more exciting question of course is: What happens, if consumers do not receive their preferred chocolate flavor? Surprisingly, even consumers that did not get the flavor they had hoped for when taking the mystery deal, were as happy as consumers who received the certain option of the traditional deal, a pattern that is also reflected in consumers’ brand loyalty intentions. The researchers conclude from these initial results that consumers appreciate not only the outcome of the mystery deal, but also the experience of the deal itself. So, what can managers take away from the study? First, if managers decide to advertise a mystery option, they cannot lose. Consumers are on average more likely to take the deal and even if firms cannot meet consumers’ initial expectations, consumers will still be as loyal as if they have not received a mystery deal at all. Second, to benefit best from mystery deals, firms need to identify consumers’ product preferences to generate positive affective reactions after the purchase and, thus, benefit from increased customer retention.

In a next step, Florian, Sebastian, and Jan will elaborate on this finding and go deeper into the rich data that TAWNY Emotion Analytics provides them with. So, stay tuned for new and more in-depth results!

The combined power of affective computing and eye tracking.

Dresden my love: Totally surprised about the victory at the IT Innovation Summit 2019, TAWNY came back home from the beautiful town Dresden